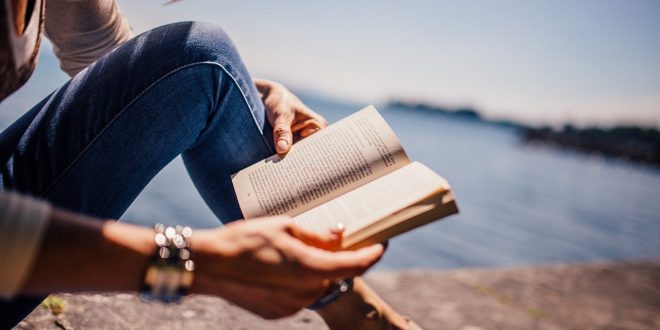 Jared Diamond and other leading scholars have argued that the domestication of animals for food, labor, and tools of war has advanced the development of human society. But when David A. Nibert compared methods of animal exploitation for food and resources in different societies over time, he reached a different conclusion. He found that the domestication of animals, which he renames “domesecration”, is a perversion of human ethics, an act of violence, a pattern of destruction, and cause of infectious disease that hinders society’s growth. David centers his study on nomadic pastoralism and the development of commercial ranching/farming, which has been mostly controlled by upper-class groups and increased with the rise of capitalism. Beginning with the pastoral societies of the Eurasian steppe (the grassland of Eurasia) and continuing until the exportation of Western, meat-centered eating habits throughout today’s world, David connects the domesecration of animals to violence, invasion, destruction, displacement, slavery, oppression, massive chronic disease, and hunger.

In his view, conquest and control were the results of the need to assign land and water to keep increasing populations of animals. He thinks the huge increase of military power has its roots in the economic benefits of the exploitation, exchange, and sale of animals. David shows that deadly diseases which can transfer from animals to humans have come with violent developments throughout history, destroying whole cities, societies, and civilizations. His most powerful insight says the domesecration of animals comes before the oppression of humans, particularly indigenous peoples, while the material interests of the upper-class are linked to the exploitation of animals. David links domesecration to some of the most critical issues facing the world today, including the decrease of fresh water, topsoil, and oil reserves; global warming; and world hunger. He discusses the U.S. government’s military response to the future threat of an overheated, hungry, resource-depleted world. David argues that most animal-advocacy campaigns reinforce current oppressive practices. Instead, he suggests action that challenges the legitimacy of both domesecration and capitalism.

David A. Nibert worked as a tenant organizer and community activist before becoming a professor of sociology at Wittenberg University in Springfield, Ohio. He teaches courses on animals, society and global change and is the author of ‘Animal Rights/Human Rights: Entanglements of Oppression and Liberation’.

‘Fear of the Animal Planet: The Hidden History of Animal Resistance’ By Jason Hribal, published by CounterPunch and AK Press (2010)

Some might believe this book, which documents instances of animals attacking their human masters, simply shows their hate for humans. That would be understandable because of humans committing violence against animals. But this book is more than that. It showcases the independence of animals and their ability to make their own choices, which is often not included in stories of their exploitation. When Jason tells of animals killing their tormentors, he reminds us nonhumans don’t passively accept their fate. For example, a Siberian tiger at the San Francisco Zoo leaps a 12-foot high wall and mauls three visitors who had been tormenting her, killing one. A circus elephant tramples and draws blood from a trainer, who got enjoyment from feeding the elephant lit cigarettes. A pair of orangutans at the San Diego Zoo steal a crowbar and screwdriver and break-out of their enclosure. Jason argues persuasively that these escapes and attacks are deliberate, that the animals are acting with intent, that they are asserting their own desires for freedom.

‘An Unnatural Order: Roots of Our Destruction of Nature’ by Jim Mason, published by Lantern Books (2004)

Jim takes us back approximately 10 000 years to the start of animal agriculture. Before this, in Jim’s view, humans saw themselves as part of the natural world. But afterwards, humans saw nature as something to be dominated and controlled. Nothing would ever be the same, as this “dominionist” mindset negatively affected all aspects of human civilization, including our relationships with each other. His powerful argument will change many readers’ attitudes toward hamburgers, animal experimentation, hunting, and circuses. He argues from an anthropological, sociocultural, and holistic perspective.  Jim Mason is an attorney, journalist, lecturer, and co-author (with Peter Singer) of ‘Animal Factories’ (1990) and ‘The Ethics of What We Eat’ (2005).

‘The Politics of Total Liberation: Revolution for the 21st Century’ By Steven Best, published by Palgrave Macmillan US (2014)

Steven calls for a revolution in the way we treat animals and tells of the consequences if we fail to attain it. He clearly shows that we are losing the battle to save the environment and animals because of greed, domination, control, and war created by humans. To stop this we will need “the most uncompromising, militant form of politics we can muster”. He writes from his conscience. His writing can be used as an ideological defence for underground groups like the Animal Liberation Front.

‘Animal Liberation: The Definitive Classic of the Animal Movement’ by Peter Singer

Peter exposes the realities of today’s factory farms and product-testing procedures (animal experiments). He offers alternatives to these methods. He appeals to our conscience, fairness, decency, and justice. Peter’s writing opened many people’s eyes to the concept of ‘speciesism’, a term coined by Richard Ryder. Speciesism is our systematic disrespect of animals and the cruelty we show them.  The book is a good read for both supporters and sceptics. Unfortunately, Peter’s utilitarianism (our conduct should be directed toward promoting the greatest happiness of the greatest number of persons) could be seen by some readers to be far too open to interpretation, to be used to justify horrible abuses of animals and humans.

Open Education Online (OEO) is a platform for applicants, students and young professionals who seek accessible opportunities to study, learn and thrive in their professional careers and personal development.
Previous Animal Welfare Events in 2020 You Should Not Miss
Next Top Degrees in Animal Welfare, Ethics and Behaviour

Knowledge about artificial intelligence should be available to everyone. This will create equal opportunities and …