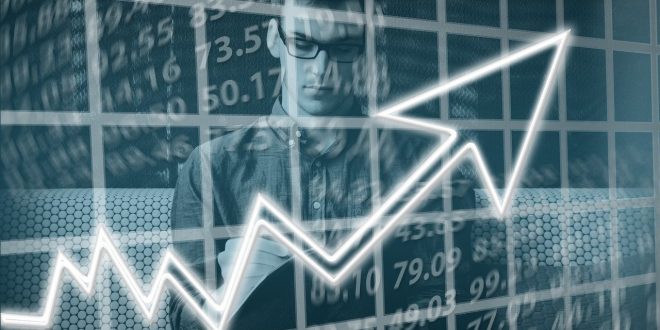 Many of us feel like we were born with an investigative mindset, and there are plenty of ways to use the gift. Various careers involve investigative skills, even some you wouldn’t initially think of. Listed below are several investigative career paths as well as free online courses that might help you choose what career path to follow.

Police officers exist to serve and protect. From the worst crimes to wellness checks, police officers are the first responders on the scene when someone has an emergency. Many police officers eventually move up into the detective departments in their precincts and have fulfilling careers investigating major crimes, both violent and non-violent.

Qualifications: Qualifications to be a police officer vary from state-to-state, but in general the basic requirements are to be twenty-one (21) years of age, be a U.S. citizen, possess a valid motor vehicle operator’s license, and pass a criminal background check.

Salary: Police salaries vary greatly between cities, but the U.S. Bureau of Labor reports the average salary is $65,000.

Crime Scene Investigators do a major piece of the work after the first responders leave the scene of a crime or accident. They collect evidence, label it properly, and then document in a log what they have found. This later helps prosecutors and detectives build cases.

Qualifications: The qualifications vary by department, but normally applicants need between two and six years of higher education, most of which should be in sciences and criminal justice. A background check will also be required.

Salary: The U.S. Bureau of Labor reports that CSIs make an average of $60,000 per year.

A fraud analyst works to investigate suspicious transactions and documents when dealing with bank accounts, financial transactions, and any other documents related to financials. Fraud analysts can locate and report fraudulent activities that may lead to criminal or civil litigation.

Qualifications: Fraud analysts normally need to hold a Bachelor’s degree in finance or computer science, which gives them the skills to follow money and analyze transactions. Many jobs with higher-level investigations such as the Securities and Exchange Commission may require a Certified Fraud Examiners (CFE) license.

Salary: The U.S. Bureau of Labor indicates fraud analysts make a median salary of $80,000. The salary heavily depends on what sector and company or department they work for.

Investigative journalists dig into all kinds of matters and publish articles and other media about them, which can be about crime but also about corruption or other wrongdoing. They find and contact sources before publishing an in-depth report or article on what they found and the information they located about it throughout their investigation.

Qualifications: Most journalist positions with major news outlets and websites require a journalism degree and/or several years (5+) of writing experience.

Salary: According to the U.S. Bureau of Labor, journalists bring in a median pay of $46,270 annually.

Instead of investigating crimes, forensic psychology investigates the minds of people. This includes suspected criminals’ competency to stand trial but also involves assessing victims as well as evaluating the credibility of witnesses and jurors. Forensic psychologists investigate peoples’ mindsets and competency that will aid in a court’s decision over a legal matter.

Salary: The U.S. Bureau of Labor states that psychologists in a special field (e.g. forensics) make a median salary of almost $100,000. Of course, this can vary greatly based on location and the various departments the psychologist is working with.

Forensic anthropology is a very specific niche within physical anthropology. Forensic Anthropologists use skeletal analysis to investigate and figure out what happened to a deceased individual. These analyses are often utilized in cold cases that have been open for many years and cases in which skeletal remains are involved as evidence.

Qualifications: Seeing as forensic anthropology requires knowledge of both anatomy and anthropology, a graduate degree is normally mandatory. Of course, a Bachelor’s degree may be accepted if the individual has enough experience in the field and/or certifications through the American Board of Forensic Anthropology or other organizations.

Salary: The U.S. Bureau of Labor reports the median pay for an anthropologist is $63,670. The actual number for forensic anthropologists is likely higher seeing as they are more specialized and are also hired as expert witnesses in legal matters.

Similar to the crime labs we see on TV, yet not quite as quick and advanced, crime labs across the country need technicians to process evidence and use it to link suspects to a crime scene. Physical analyses and chemicals are used to study the evidence collected at a crime scene (e.g. blood, DNA, saliva, etc.) and the information gathered is passed on to law enforcement officials who are working to solve a case.

Qualifications: Labs normally require at least a Bachelor’s degree in a field like forensic science or chemistry. The best thing an undergraduate can do is try to get an internship with a respected crime lab and have that experience completed before gaining entry-level employment in a lab. Eventually, crime lab technicians can become certified.

Salary: The Bureau of Labor Statistics found that forensic lab technicians make an average of $60,000 per year.

Data analysts do just that – they analyze data. Forensic data analysis is a sector of digital forensics, which is becoming more and more prevalent in our world today. Forensic Data Analysts investigate computer systems and networks to determine if a subject is involved in some sort of financial crime or misdoings.

Qualifications: Data analysts are normally required to have a Bachelor’s degree or higher in Computer Science or a related field. Data visualization skills as well as knowledge of database languages such as SQL and programming tools such as Python are also critical to gaining employment as a data analyst.

Salary: PayScale indicates the average salary for a data analyst is $60,000 annually. However, forensic data analysts may make more depending on the bureau or company they are employed with and whether or not they write and present expert testimonies based on their findings.

Open Education Online (OEO) is a platform for applicants, students and young professionals who seek accessible opportunities to study, learn and thrive in their professional careers and personal development.
Previous Top 10 Courses for People Working at Home
Next Investigative Master’s Degrees

Investigative people are intellectual, analytical and observant. They like math, research and scientific activities and …