Top 10 Cheapest Universities in the UK

The UK has one of the most developed educational system in the world, thus quite expensive even for domestic students. This is even a lot more for international students whose countries are outside of the European Union. You should know that depending on your course of study, undergraduate or graduate program, and what it’s based on eg classroom, clinically or laboratory, the cost to study in the UK differs.

While there are several financial aids and scholarships available, based on merit or needs, the fees to be paid might still end up being unaffordable. Hence, the need for a list of the cheapest universities in the UK to help you plan ahead for the quality degree you deserve.

If after going through this list, the prices are still beyond your budget, you might want to look into studying in Canada, Korea or even China. The quality of education is excellent, at affordable rates.

Without wasting any more time, let’s get into the 10 cheapest universities in the UK.

This is located in Middlesbrough, England, and was previously known as Constantine Technical College. It was declared as a university in 1992. They’ve recently invested millions of pounds to refurnish their campuses, and are committed to offering world class facilities, as well as fostering creativity. The tuition fee for new international students starts at £9,750.

This University was established on 1st August, 2007, and is located in Cumbria with its headquarters in Carlisle, and other campuses in Lancaster, Barrow, Ambleside, Penrith, London, and Workington. They offer educational programs in Sports and Performing Arts, Business, Humanities, Education, Healthcare, Social sciences and Science. They support local charities, and also partner with other schools abroad to ease the process of study. Tuition fee for international students is about £10,500.

This is located in Buckinghamshire, England, and became a university in 2007. It is one of the cheapest universities for domestic students. It has three campuses, with the main in High Wycombe. The others are Uxbridge which is the nursing campus, and Aylesbury for professional and career-based programs. Tuition Fee for international students starts from £11,000.

This is a public research university located in Coventry. It used to be Coventry College for Design, but was established as a University in 1992. Based on enrollment as at 2018, they were tagged the 9th largest University in the UK. They are well known for Health and Nursing courses, and it was also the first University into offer an undergraduate program in Disaster Management. Tuition fee for international students starts at £11,750.

University of the West of Scotland

University of the West of Scotland has campuses located in Paisley, Hamilton, Dumfries, and Ayr, and London. It is one of the cheapest universities for international students. Tuition is about £10,600.

The is the oldest Agricultural college in the English speaking world, and was founded in 1845. This University is invested in teaching the students how to create and manage sustainable development as it applies to the rural economy. Unlike many other universities, the difference between their charges for domestic and international students is only about £1000, thus setting tuition fee for international students at £10,000.

The University of Suffolk is involved in application of traditional educational methods in such a way that they apply to the times we are in now. An active approach is used in interaction with the local community, and works with other colleges. The tuition fee for international students is about £10,000.

The University of Wales Trinity Saint David is one of the cheapest universities in the UK for domestic students, and caters to a sizeable number of International Students with the tuition fees at about £11,850.

The fees above are up-to-date, and thus have undergone a few changes from the previous sessions. Also, these fees are per annum. Even though compared to most schools in the UK, these prices are pocket-friendly, they might still be a little over budget for most. Look into financial aid programs available in your University of choice.

Angela Odii is a Pharmacist, Virtual Assistant and Writer who currently freelances on Upwork. When she isn't working, she likes to go out and connect with people.
Previous Top 10 Masters in Corporate Social Responsibility
Next Top 10 Solar Energy Courses You Can Audit for Free 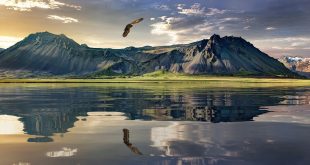 New Zealand is an island country located in the Southwestern Pacific Ocean. The main languages …