What is Investigative Journalism?

By publishing stories and films about the scandals, investigative journalists can stir up fruitful debates in the public and become initiators of change. They conduct journalistic investigations and often expose stories such as for example stories about corruption, fraud and tax evasion, or revelation of the large-scale abuse within the religious circles and human rights violations by the governments across the world. Investigative journalism is more comprehensive and detailed than conventional journalism since investigative journalists act as watchdogs working for the public interest. They expose abuses of power wherever they find them and presently much of these can be found in both the corporate and state sectors.

Whatever the story they are investigating, journalists are required to conduct an in-depth research to reveal the truth and to shed light on abuses. There is no determined definition of investigative journalism, however, the one that is widely accepted is provided by the UNESCO and states that ‘’investigative journalism means the unveiling of matters that are concealed either deliberately by someone in a position of power, or accidentally, behind a chaotic mass of facts and circumstances and the analysis and exposure of all relevant facts to the public’’. In this way investigative journalism crucially contributes to freedom of expression and media development.

Besides the right to access to information, one of the factors that is crucial for the work of investigative journalists are the sources. The proper sources of information are often the beginning of an investigation. To be able to collect valid information, journalists consult both open and human sources.  Open sources are information that have been published by the media and usually can be accessed at a public library or through the media archives such as newspapers, magazines, TV, radio, Internet of special interest publications or even scholarly publications. Other open sources that journalists use as well are educational and government libraries, government agencies, courts, cadaster offices, tribunals or registers of commerce, publicly-owned company reports and press releases, and international institutions and organizations.

However, many investigative journalists depend on human sources who are usually referred to as whistle-blowers. Whistle-blowing often happens ‘’when a member of an organization discloses illegal, immoral or illegitimate practices under the control of their employers, to persons or organizations who may be able to effect action’’. In other words, whistle-blowing is an action of revealing inside information about unlawful and unjust wrongdoings within a certain organization or institution. Whistle-blowers are of immense importance for investigative journalism since they bring to light wrongdoings that are happening. However, when interacting with whistle-blowers, journalists have to keep in mind their safety since in some situations they are not able to do their work properly if they cannot speak confidentially with their source. If the identity of a whistle-blower or a source becomes known publicly, the safety of both the source and the journalist may be endangered. The chances of the source to speak out are higher in cases where journalists can guarantee protection and safety.

The profession of investigative journalist, unfortunately, is not without danger. They often try to expose the facts and information what others, especially those in power, want to keep away or hidden from the public eye. Therefore, investigative journalists are often intimidated and threatened. One such example is of a Dutch investigative journalist Okke Ornstein, who investigated fraud and corruption in Panama. The story included government leaders, which resulted in this journalist being followed and directly threatened by people who showed up at her office. Similarly, many investigative journalists are arrested and prosecuted because of their work. In some contexts, those who hold the power pass laws that make it possible to criminalize journalists’ publications, sometimes even years after the publication. A good example of that is the case against the Filipino journalist Maria Ressa, who was arrested in 2019 and charged for the article she published back in 2012, which at the time did not constitute a criminal offence. The change to the existing law was introduced shortly after her story was published, and after the typing error in the article was corrected in 2014, the government classified it as a re-publication, after which Maria Ressa was prosecuted of six charges to her work as a journalist, which could lead to a 100-year prison sentence.

Previous What is Criminal Investigation?
Next 10 Bachelor Speech-Language Pathology (SLP) Courses Around The World 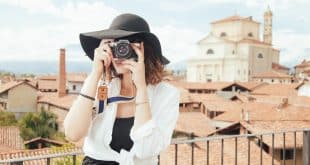 Top 10 Courses on Photojournalism You Can Audit for Free

Photojournalism can be described as telling stories or conveying news using photography. Following are a …